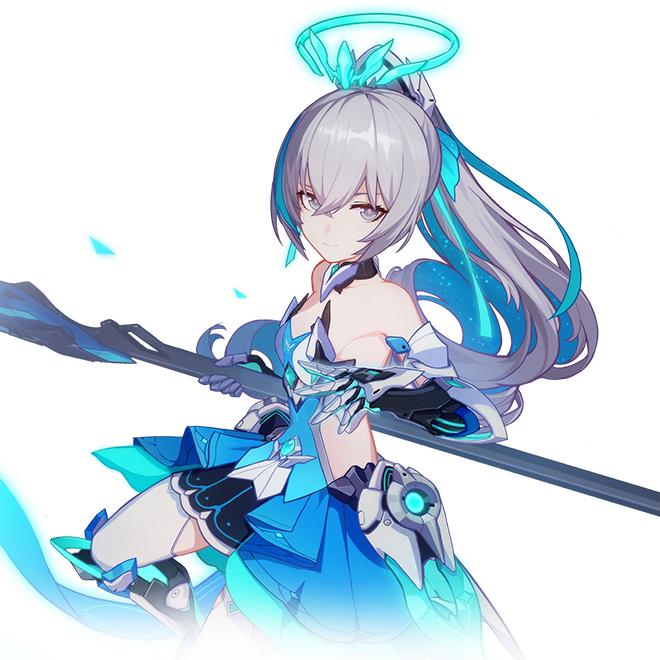 Name of the Day: World

Casting weapon active increases Ice DMG by 30.0% for 18s. Triggering it again refreshes its duration. In Extremum form, it restores an extra 8.0 SP.

Creation of the Unknown

When Project Bunny and Project Bunny Mecha are present, Herrscher of Truth recovers 0.5 SP per second, and Valkyries on the field enjoy [Name of the Truth], which increases their Elemental DMG by 10.0% and Basic ATK (including Combo and Charged) DMG by an additional 18.0%.

For every Fire DMG dealer on the team, Herrscher of Truth's initial SP increases by 20.0. Can stack twice. In Open World, can be triggered every 10min.

In Continuation form, if Combo ATK hits an IMG-type Nihilus Seed whose current phase has below 20% HP, this phase is insta-killed.

The Interpretation of Freedom

After casting Ultimate, all Fire and Lightning DMG dealers on the team gain 17.0% Elemental Breach for 16.0s.

QTE: The Drive to Destruct Stars

QTE: Triggered when an enemy is Time-Slowed, frozen, or a teammate casts Weapon Active. Deals 5 × 200.0% ATK of Ice DMG and unlocks a mecha weapon.

Project Bunny will help attack when on the field.